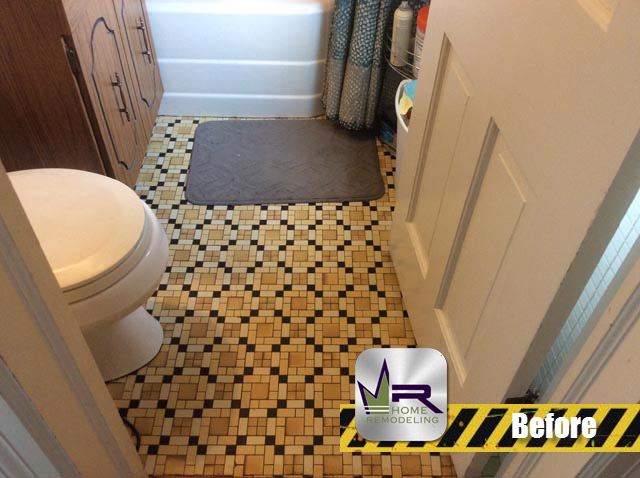 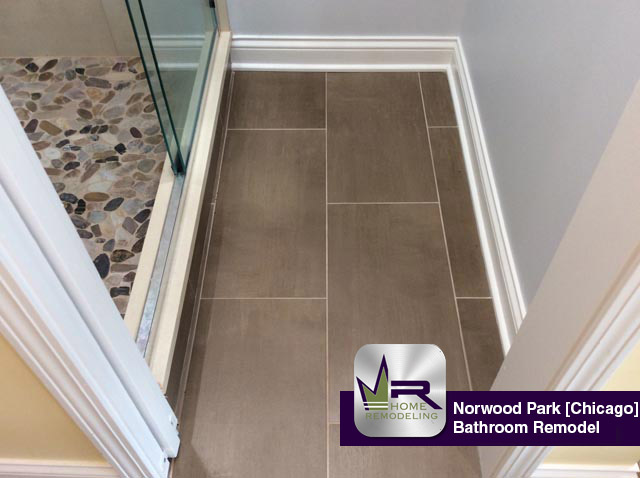 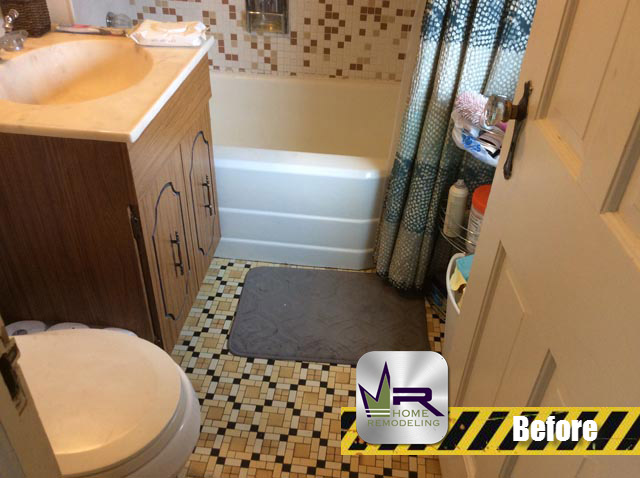 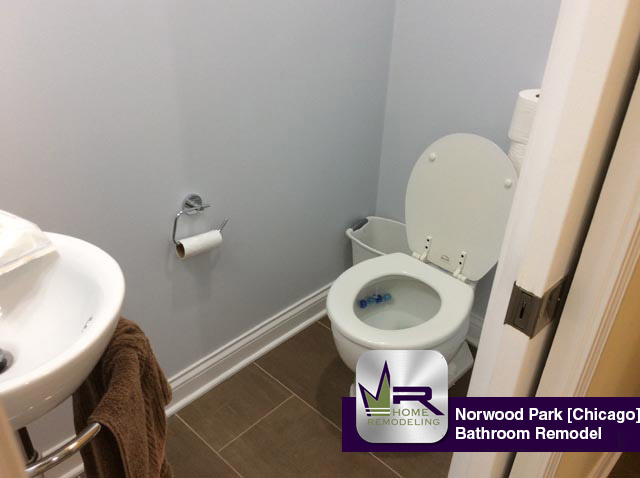 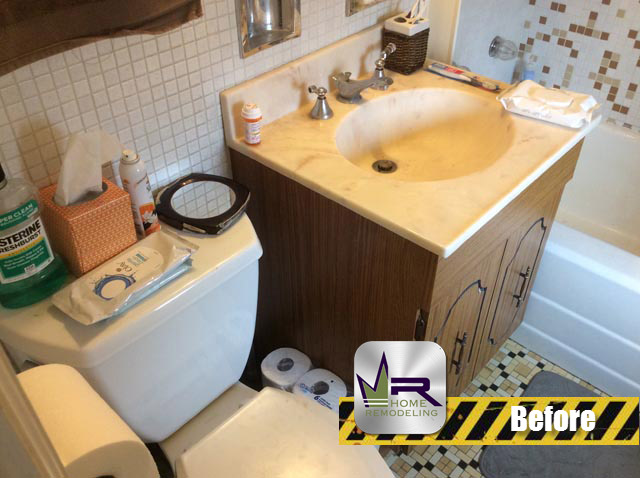 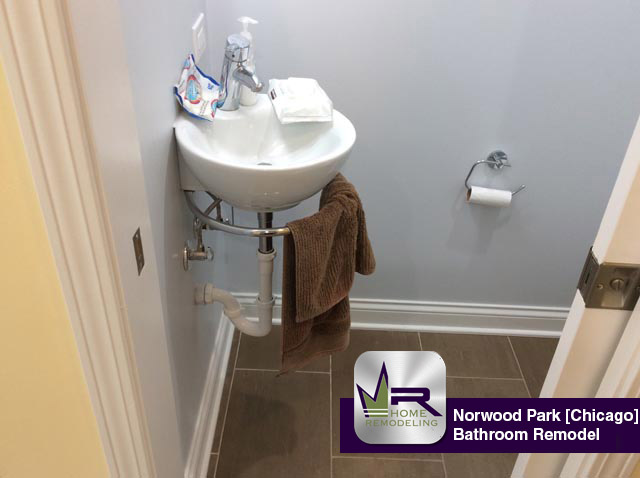 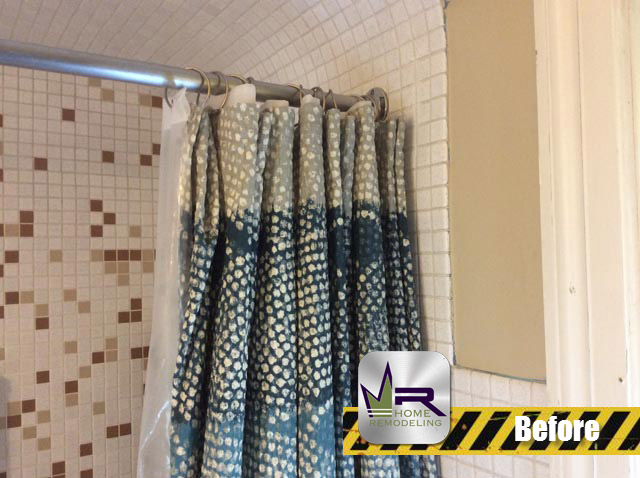 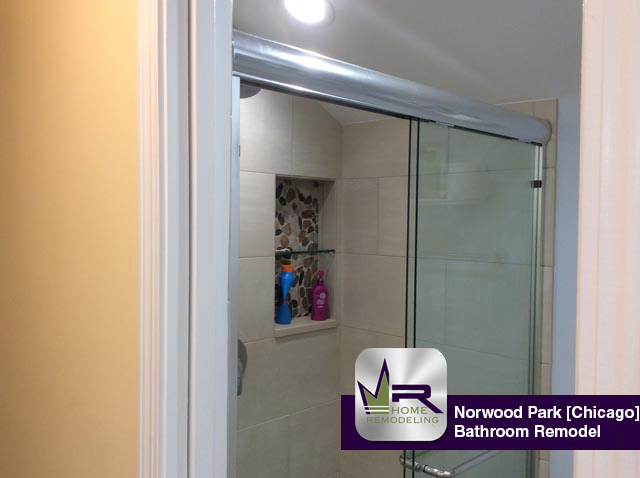 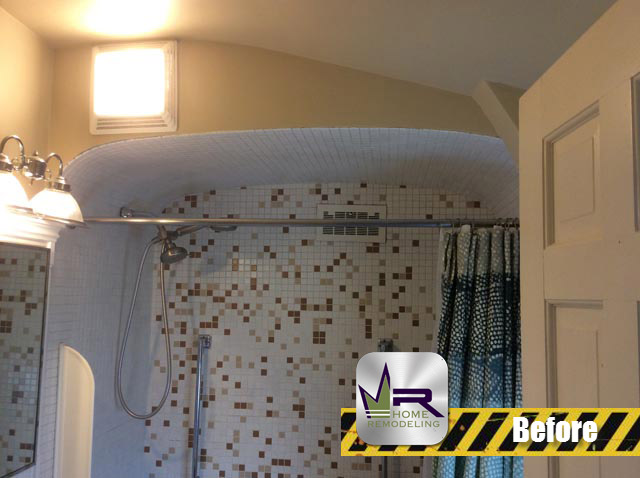 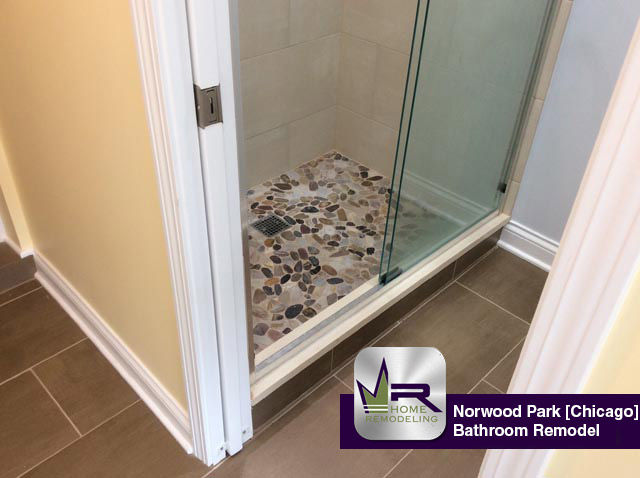 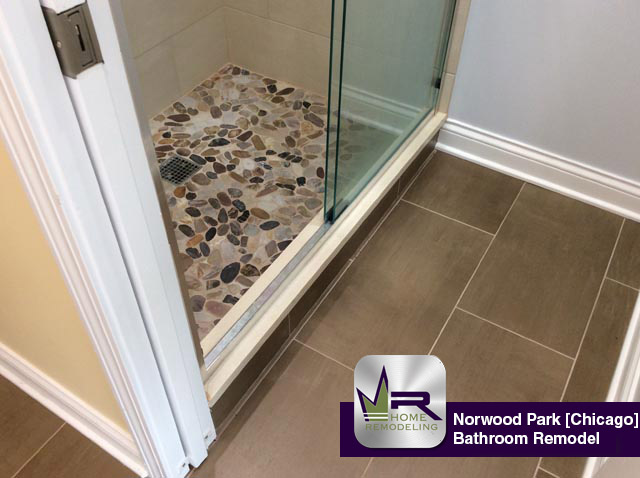 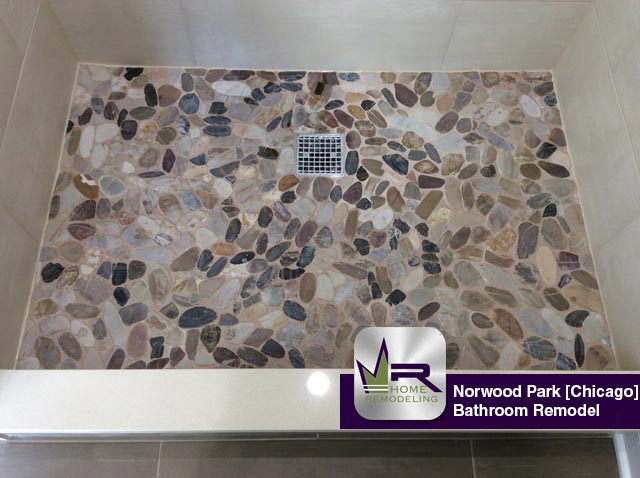 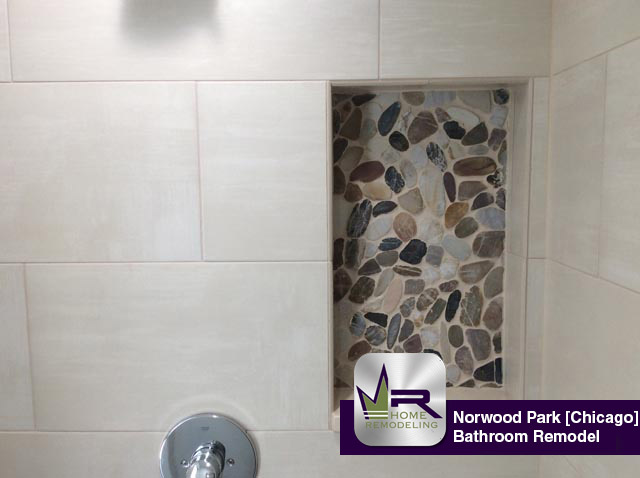 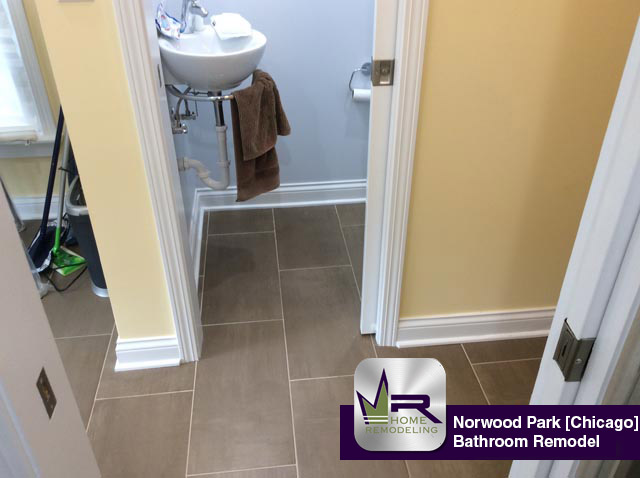 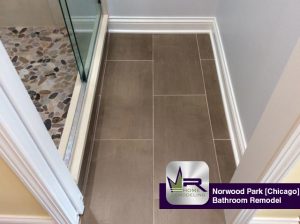 The owners of this home were ready to make some more changes to their house aside from their kitchen. They wanted to completely change their upstairs bathroom in every way. Regency began this job with the demolition of the space down to the studs. The bathroom was completely gutted and all tile, cabinetry, fixtures, and drywall were removed. Additionally, repairs were needed for the subfloor as well as walls that were rotten or damaged. The main purpose of this bathroom remodel was to revitalize the bathroom space in terms of style and function.

This bathroom looks incredible and so much more practical than the preexisting space. The previous bathroom space was very congested and was also out of date. These aspects of the bathroom were completely changed as the bathroom space was given some serious upgrades. The most noticeable change of the new bathroom space is the new layout. Instead of cramming everything into the same, small space, the bathroom was divided into a shower room and a toilet room with a vanity. This allowed for the shower space to be increased in size significantly. The color scheme and finishes of the bathroom were also changed in favor of a more modern appeal. This was accomplished by installing Crème Linen Fabrique flooring for the main floor and Pebbled Earthly Blend flooring for the shower floor and niche shelf from Daltile. Chrome fixtures were installed as well in order to create a modern, uniform appearance with the rest of the house and work that Regency was completing such as the Hansgrohe Starlight faucet, which was fitted with the porcelain Lavaca sink, and the Grohe New Tempesta Cosmopolitan shower head. Overall, this bathroom space is so much more spacious and luxurious thanks to the competent work and designs by Regency. This space will be utilized much more often and enjoyed much more thoroughly thanks to Regency!

If you want a bathroom remodel in Chicago, IL call the experts in home improvement, Regency Home Remodeling, at 1(773) 930-4465.