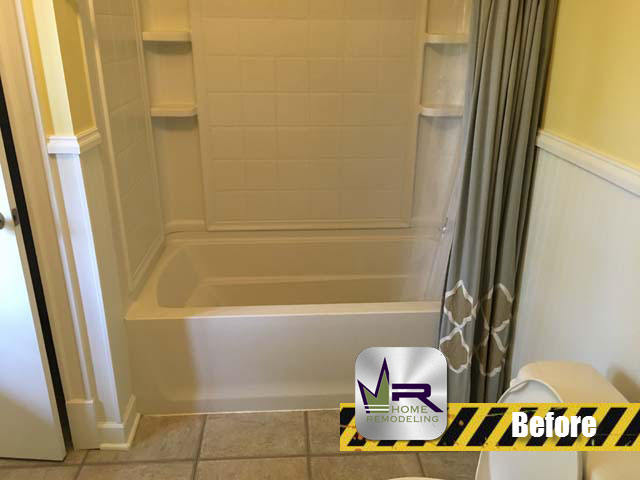 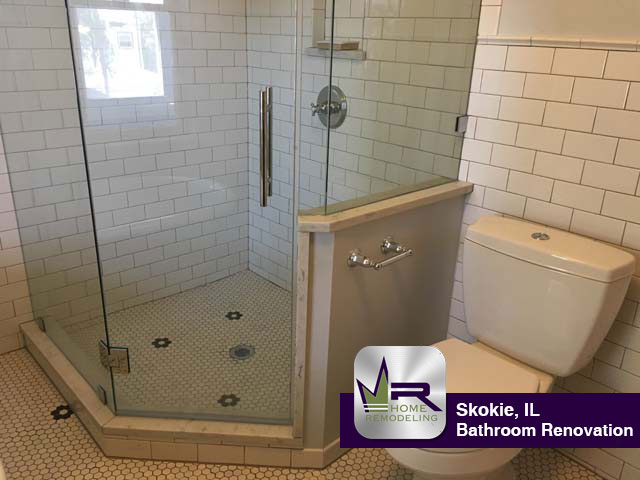 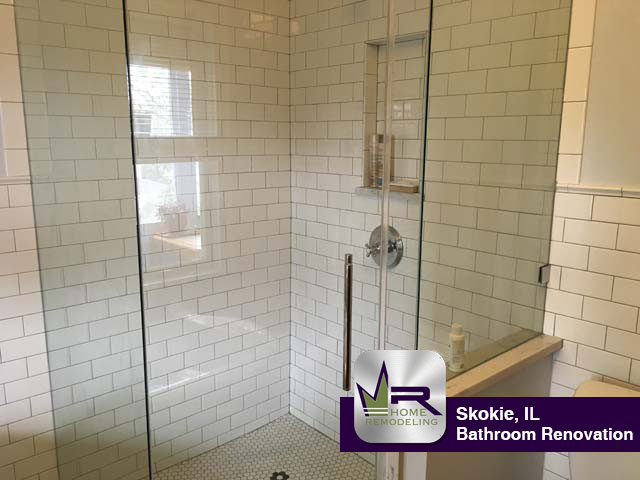 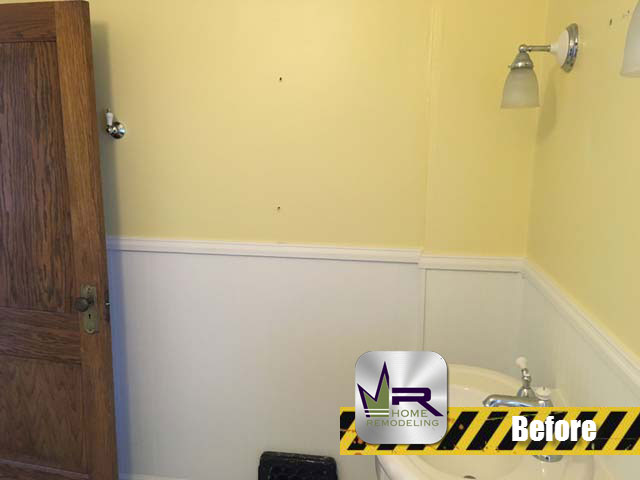 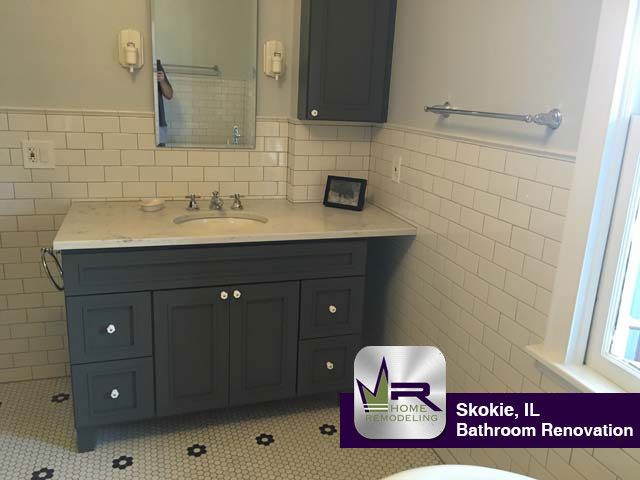 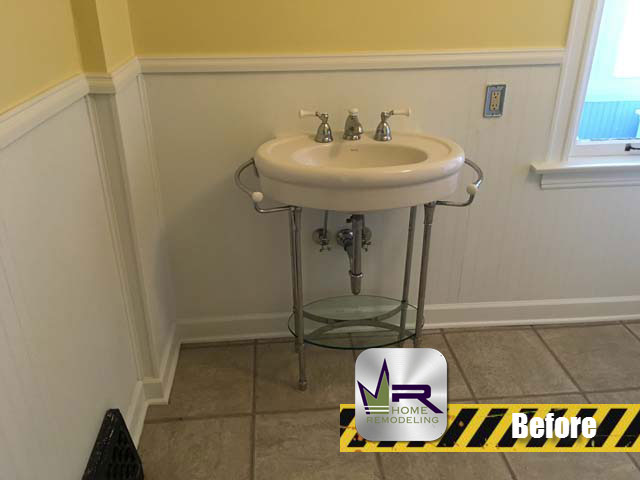 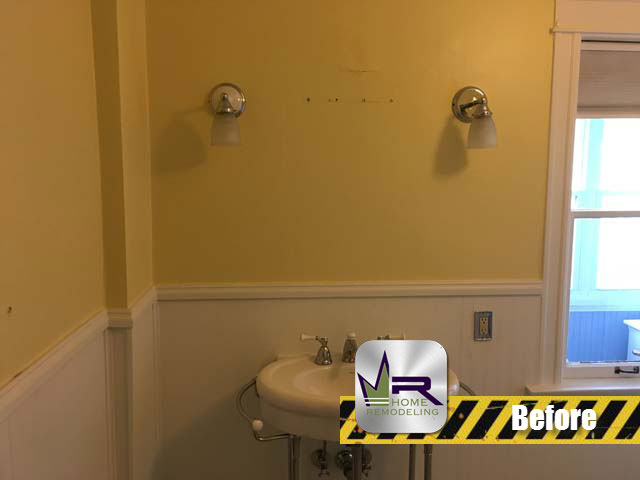 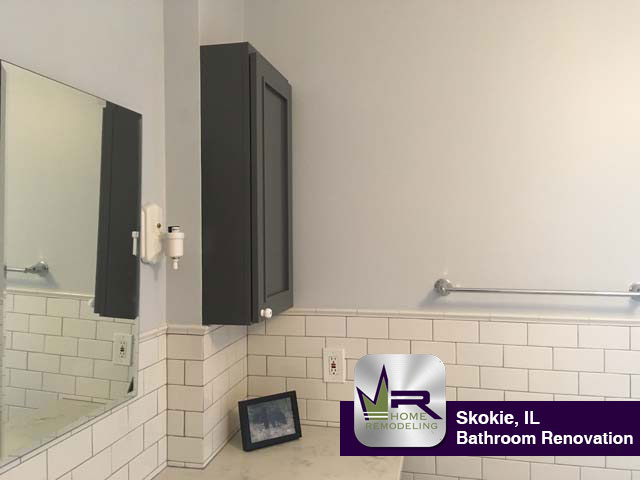 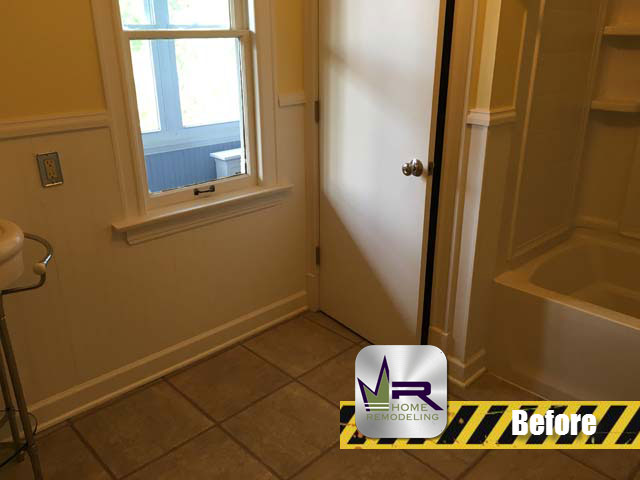 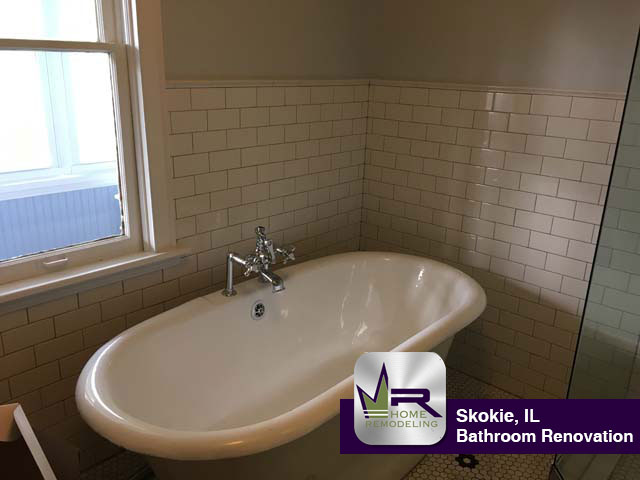 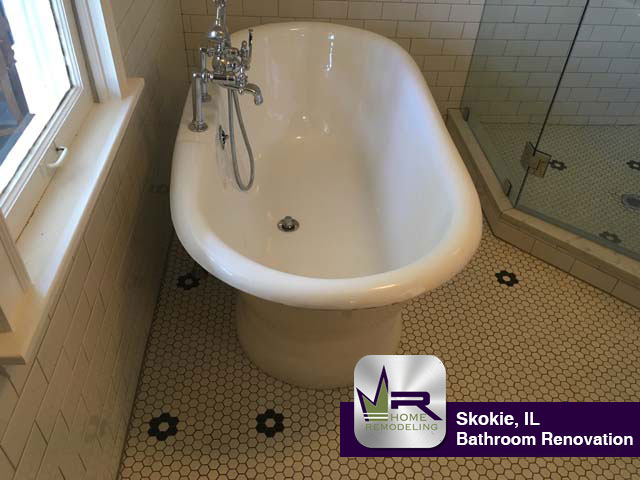 This home is located in Skokie, Illinois, a large village located just 15 miles north of downtown Chicago. As of 2010, the population was nearly 65,000 people which explains why Skokie promotes itself as “The World Largest Village”.
Being only 15 miles from the city, people can commute easily to and from Chicago with the easy access to Interstate 94 and the Yellow Line. The village is also served by CTA and PACE bus routes.  Skokie is home to the Illinois Holocaust Museum and Education Center. This museums goal is to assure that people do not forget about what happened during the Holocaust time period and to honor the people that were lost as well as those who survived. 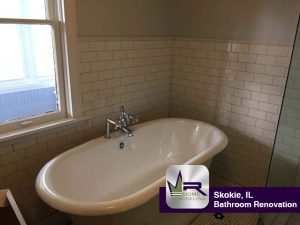 The homeowners of this Skokie property were ready to make some changes to their bathroom. The look of this bathroom became old and dreary to this family and they knew Regency was the one to make their bathroom dreams come true. The bathroom in this home had a great size but was not being used in the best way possible, the homeowners wanted a large vanity to be installed as well as a stand alone tub and walk in shower. In order to make this possible, Regency would have to begin the renovation by gutting everything in the bathroom including the wall and lighting fixtures, floor tiling, sink, and bathtub.

The new bathroom space is being used much more effectively in this home. One of the most notable changes you can quickly notice is the installation of a large vanity. Prior to the renovation, this bathroom did not have a vanity there was only a stand alone sink. Now, there is a gorgeous Kraftmaid Gray vanity with plenty of storage and countertop space. An even more notable change is the installation of a freestanding tub and separate walk in shower. This addition looks fantastic in this bathroom and gives use to all the space that was not being used prior to the remodel.

Daltile supplied all of the tiling throughout the bathroom. For the floor, Regency installed a Keystone Patterned tiling while Rittenhouse square tiling was used for the walls.  Overall, this bathroom is going to provide so much happiness to this family as they will look forward to starting and ending their day in their gorgeous new bathroom.