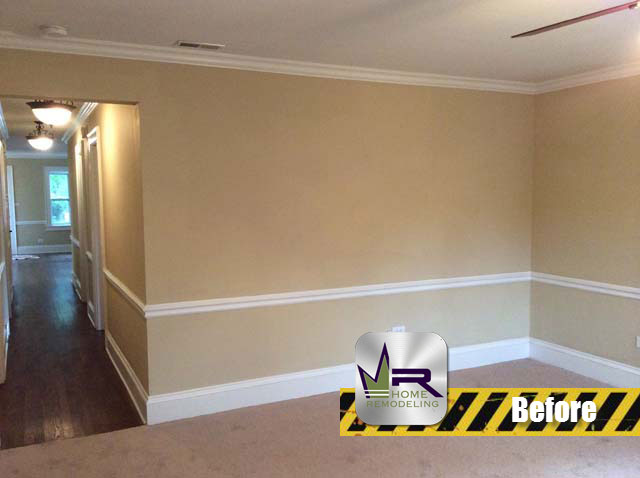 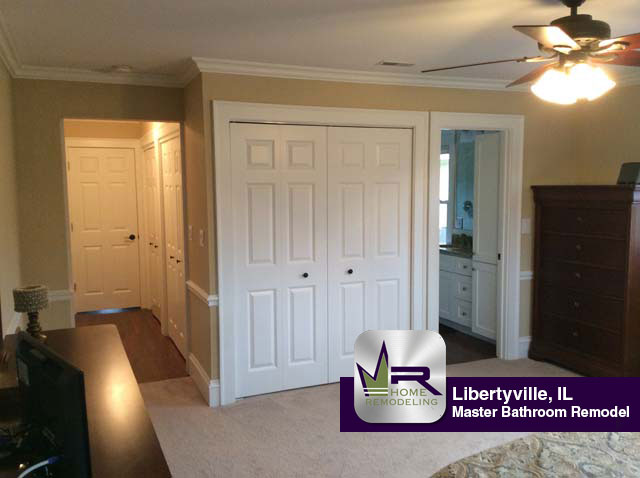 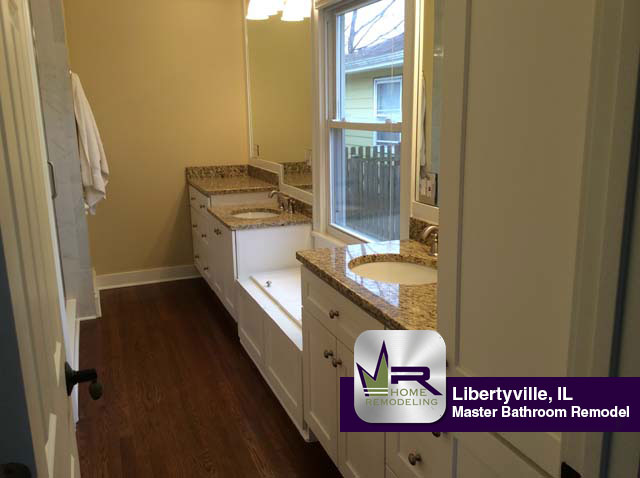 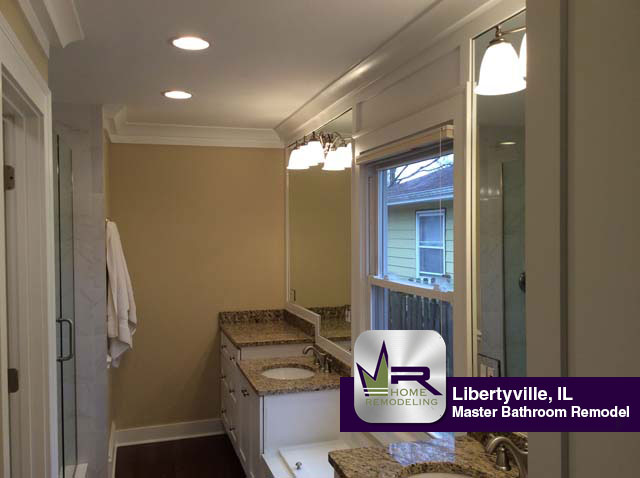 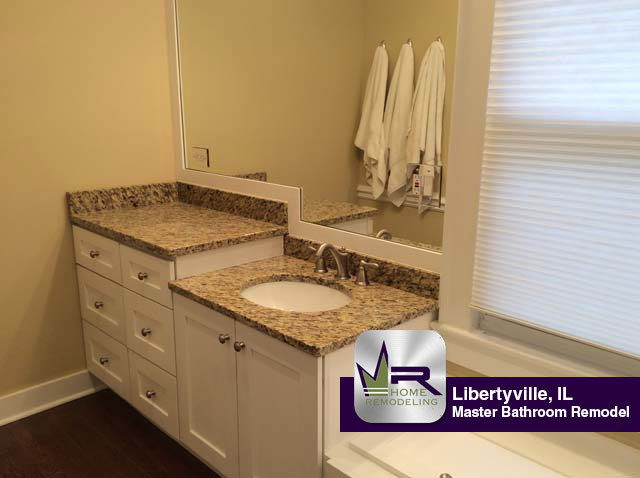 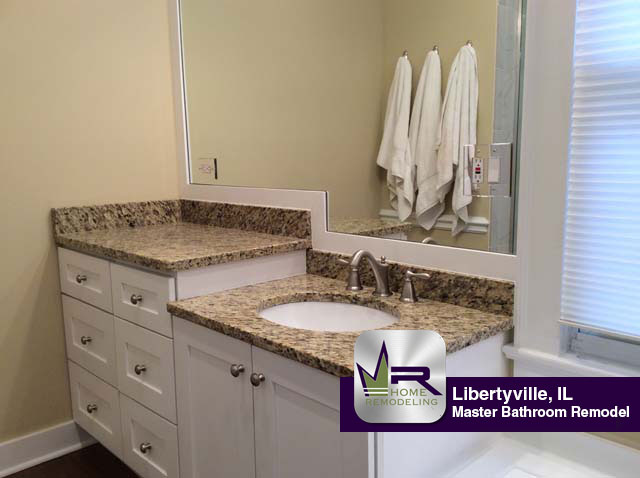 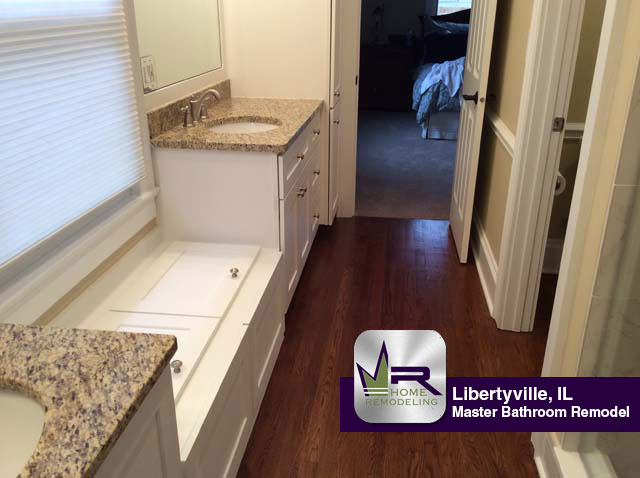 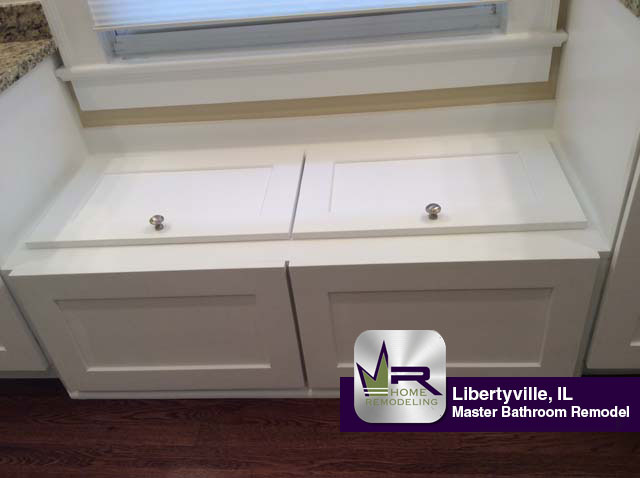 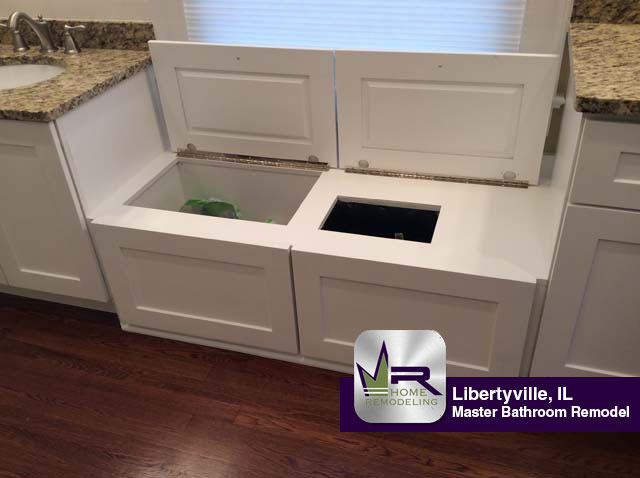 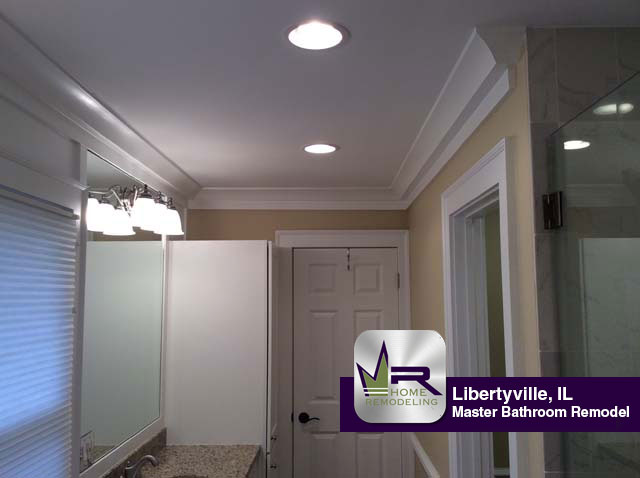 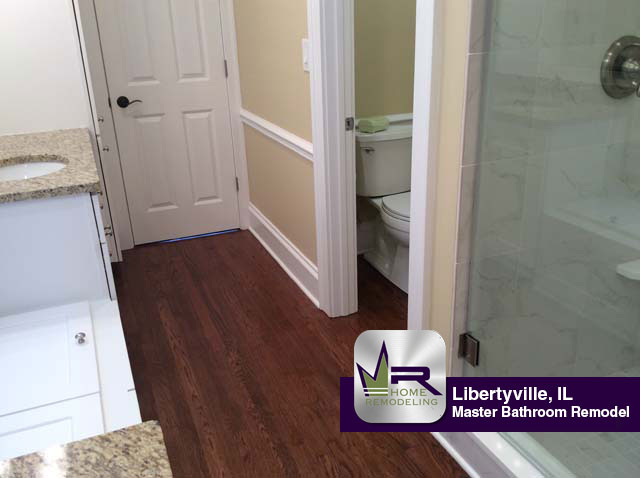 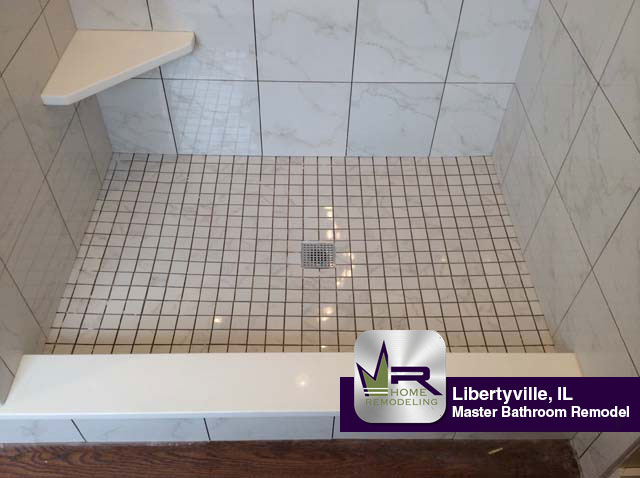 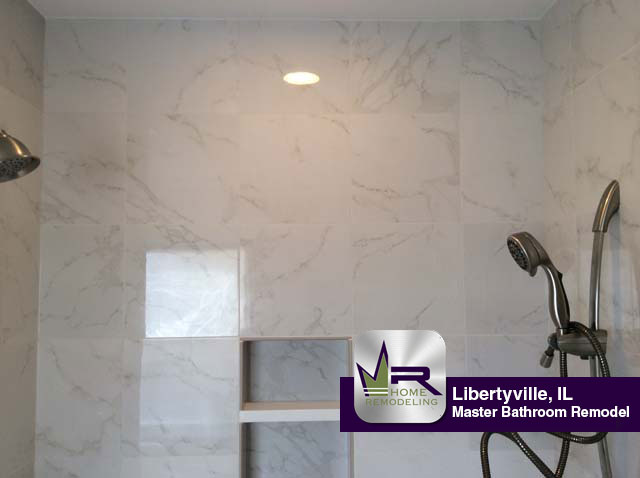 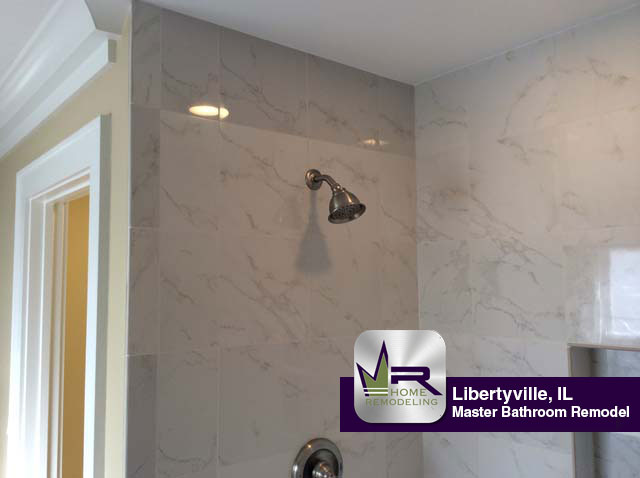 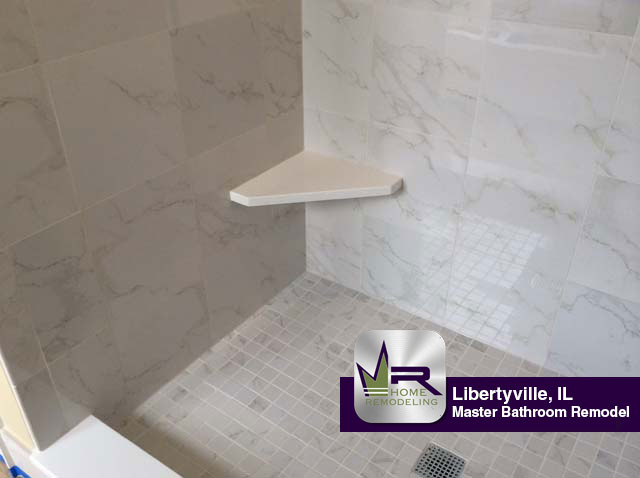 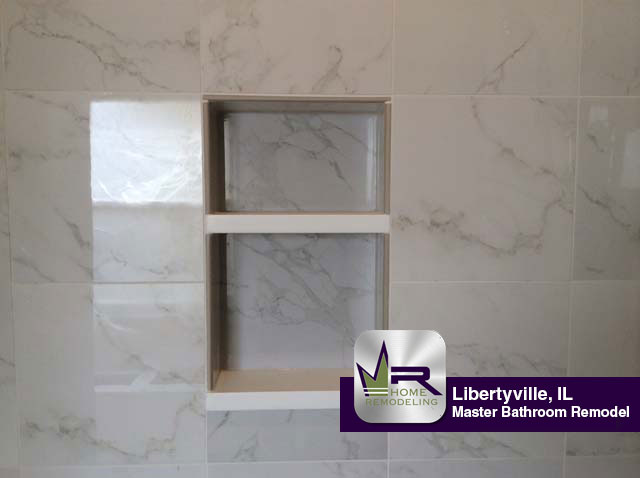 This residence is located in Libertyville, IL. Libertyville is an affluent village in Lake County about five miles west of Lake Michigan. Libertyville was home to many notable people such as Marlon Brando, Adlai Stevenson, Frank Thomas, and more. This community hoses a spectacular public education system and is a great place to live. In 2007, CNN Money Magazine rated Libertyville the 52nd best place to live in America. 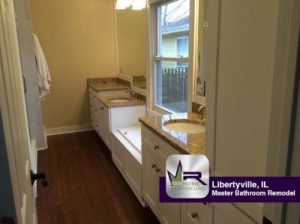 The bathroom was expanded considerably due to the changes artfully completed by Regency. The vanity now contains two undermounted Kohler sinks and a contemporary granite countertop. A convenient storage bench was installed between the two sinks. The shower was upgraded to a modern, white tile wall and flooring, which was accompanied by two grohe showerheads. The white vanity and shower space were beautifully contrasted with the dark wood floor in the bathroom, which were seamlessly integrated by the darker granite countertop. The combination of the new vanity and shower form a modern and luxurious appearance that creates a comforting and warm environment that the owner will surely enjoy for a long time.

If you want a master bathroom remodel in Libertyville, IL call the experts in home improvement, Regency Home Remodeling at 1 (773) 930-4465. 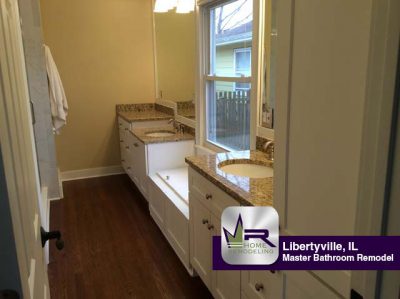