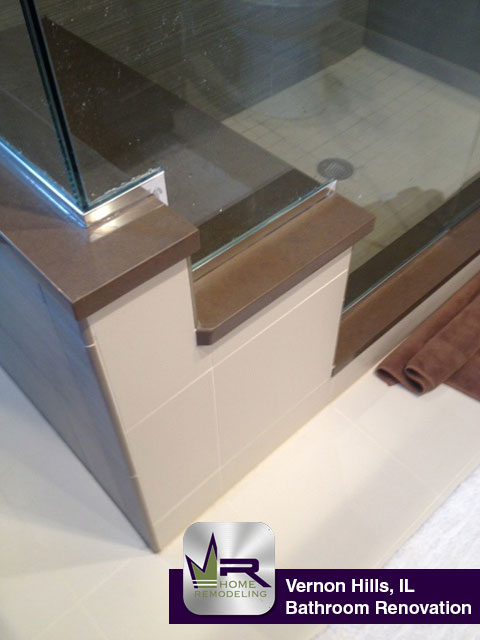 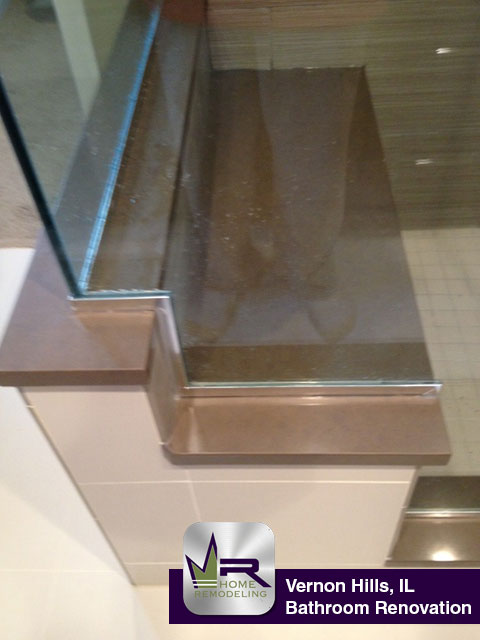 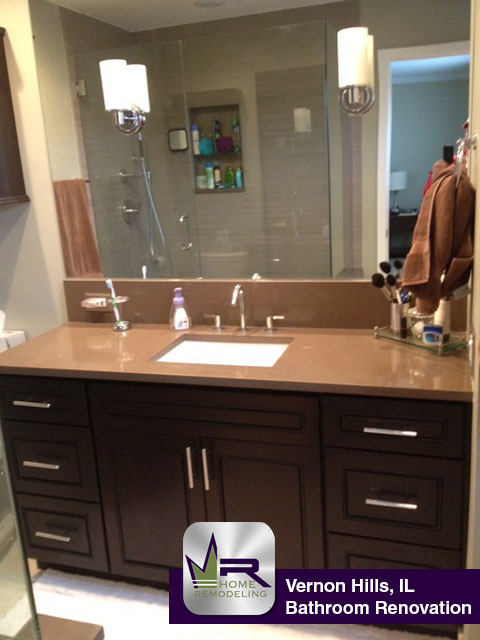 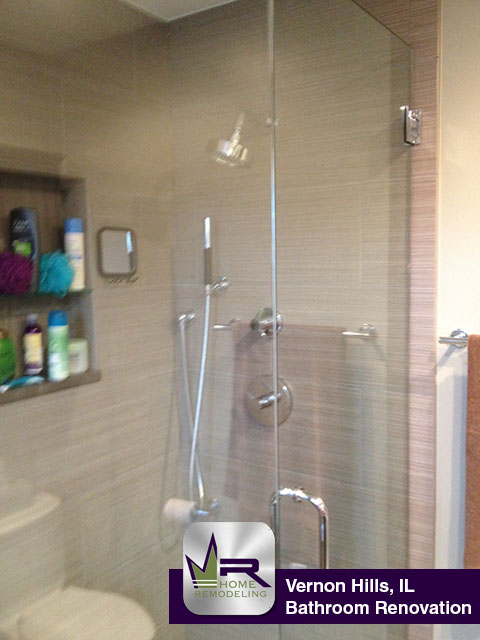 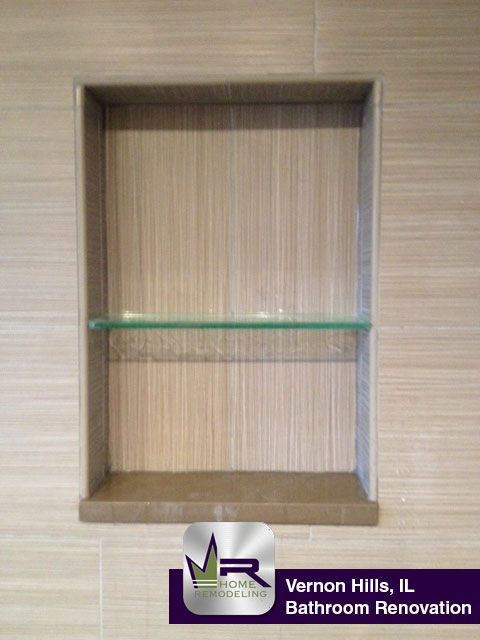 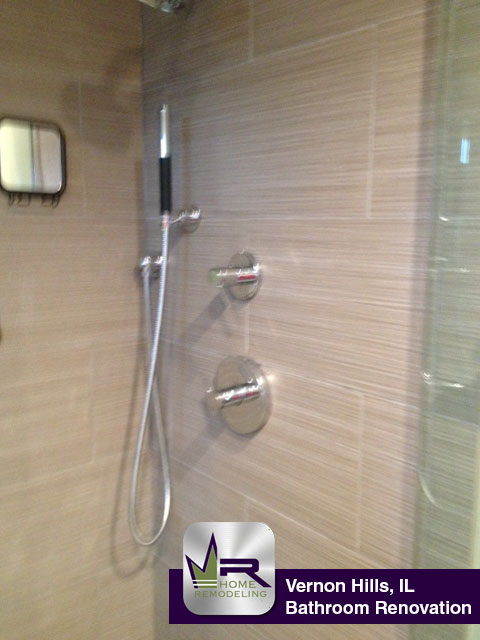 Vernon Hills is a village located in Lake County Illinois. It is home to over 20,000 residents. Vernon Hills was incorporated in 1958 and really began to boon in the 80’s. Lincolnshire, Libertyville, Lake Forest, Buffalo Grove and Mundelein surround Vernon Hills. Vernon Hills is filled with many different neighborhoods within its borders. The style of house varies from condominiums, single-family homes and townhouses, Vernon Hills has superior schools. 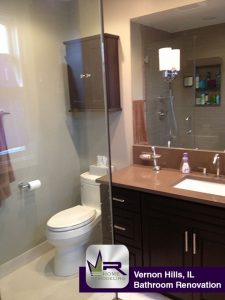 Regency framed new walls with an opening for a new shower and framed walls. The plumbing was upgraded to support the new shower New electrical switches and outlets were installed The completed new look gave the very satisfied homeowners a refreshing updated new space.

Another Bathroom Renovation in Vernon Hills, IL completed by Regency Home Remodeling on time and within budget! 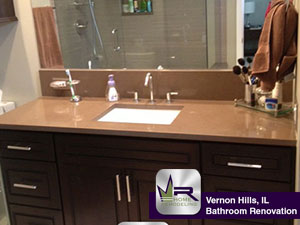