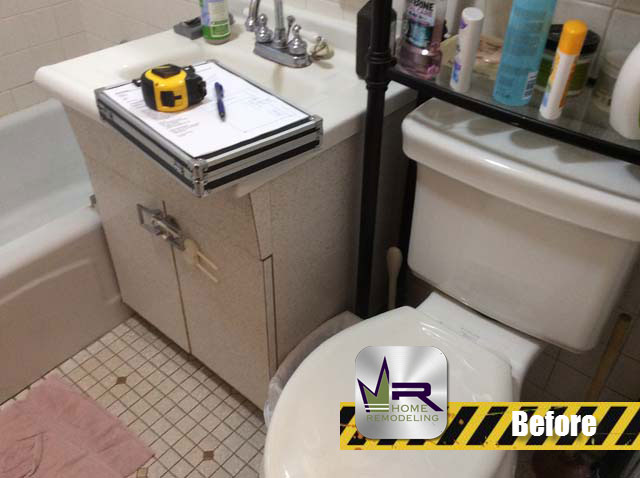 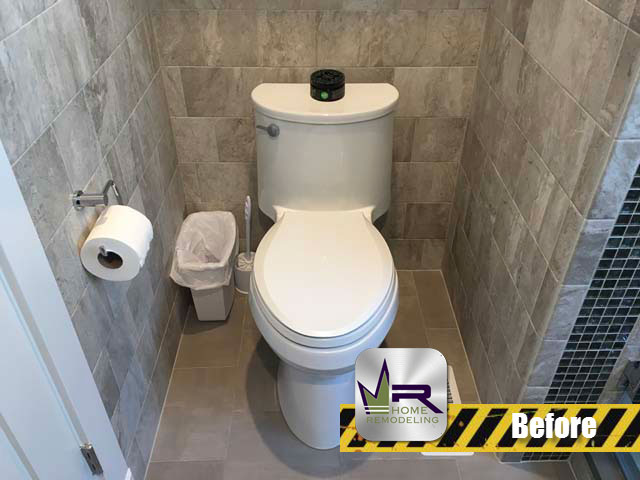 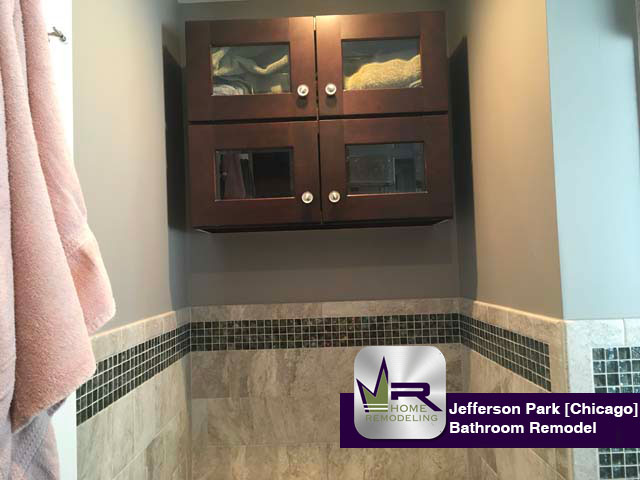 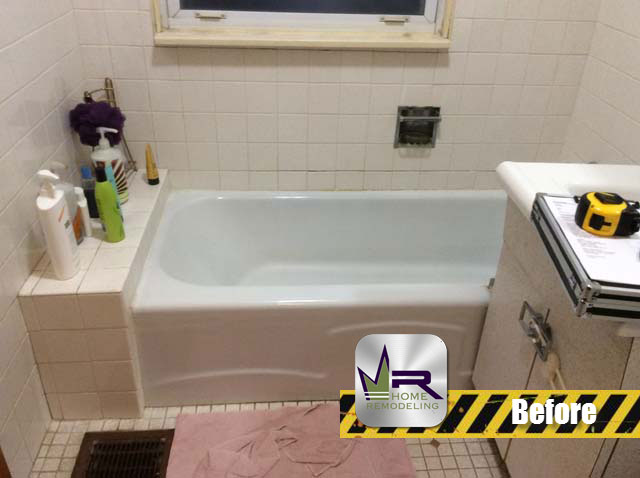 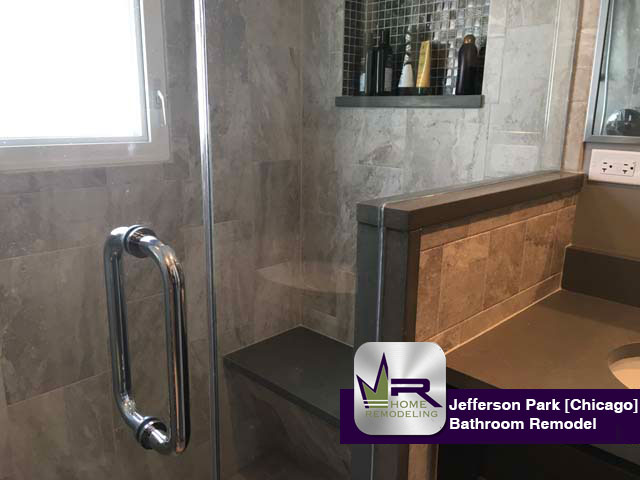 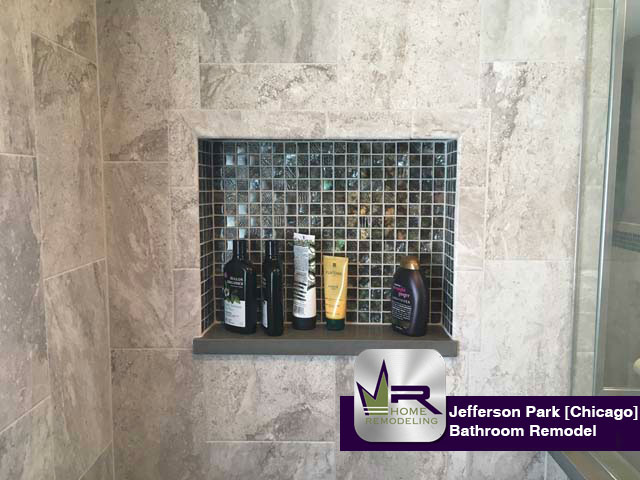 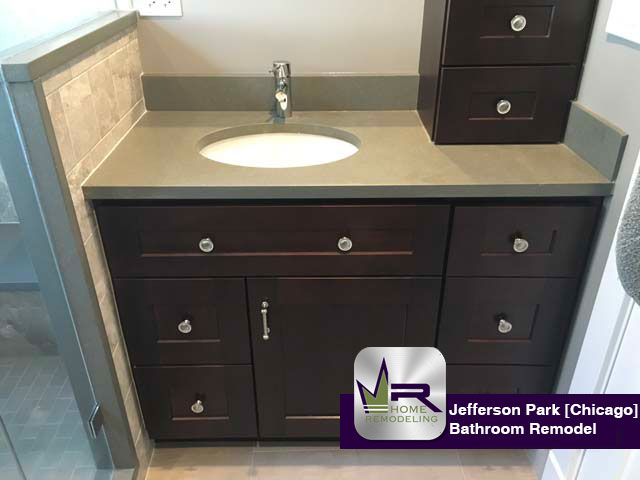 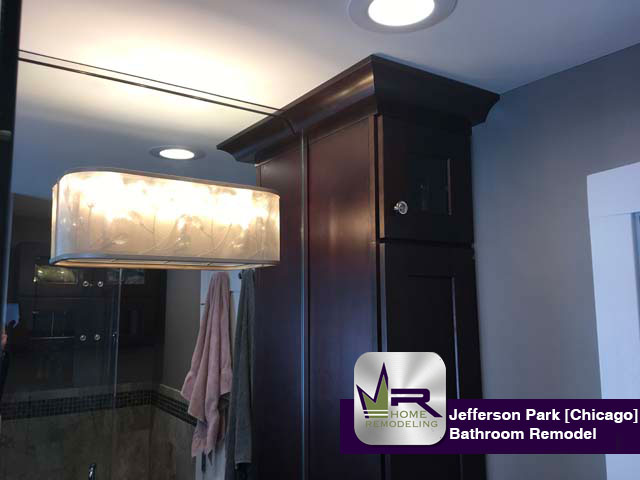 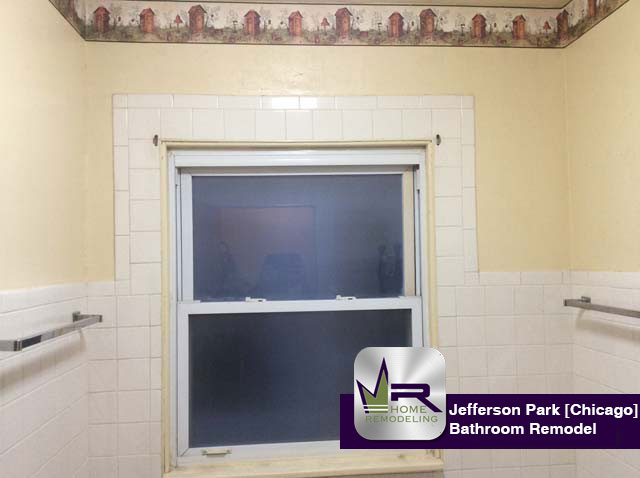 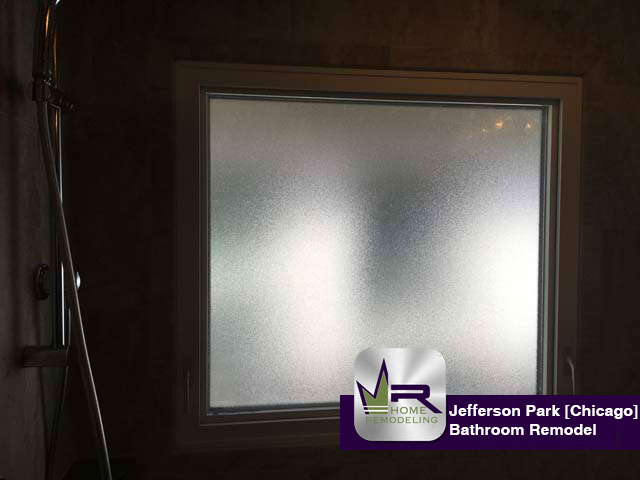 Located on the Northwest Side of Chicago, Jefferson Park is one of the 77 neighborhoods of the city. A mainly middle-class neighborhood, Jefferson Park has a high number of residents that are city and county workers such as Chicago public school teachers, Chicago police officers, Chicago Fire Department, and Cook County sheriff officers.  Jefferson Park is a transportation hub for people all over the Chicago area and has over the years earned the nickname “The Gateway to Chicago”. Both The Blue Line and The Union Pacific/ Northwest Line serve the neighborhood making traveling to and from Chicago extremely easy and effortless. 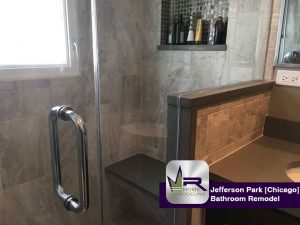 The homeowners of this Jefferson Park property were ready to update their out of date and inefficient bathroom. The small and old feel was no longer suitable for this couple, so they wanted to create a bathroom that would make spending time in there an enjoyable time rather that a hassle.  While the size was the main problem of this bathroom, the homeowners also wanted to change the color scheme and style as the old look had become old and boring to them.  To create the bathroom the customers envisioned, Regency would need to gut the majority of the bathroom and even demolish an unnecessary wall.

This bathroom is everything that the customers wanted; larger, more efficient, and elegant. The most notable change is the new size of the bathroom. Regency removed the pre existing closet and turned it into an area for the new Kohler White Adair toilet to sit. Now that the toilet is in its own area away from the vanity and shower, the bathroom feels bigger and more spacious. The Ceniere Fog Severino wall tile surrounding the toilet was supplied by Daltile and was also used for the shower walls. Another big change was the installation of a new vanity. The new Java Coffee Maple vanity was supplied by Regency and compliments the beautiful Gray Skybridge floor tiling. For the shower, Regency replaced the bathtub with a more realistic walk in shower which is nearly double the size of the previous tub. This update gives the bathroom an overall luxurious and upscale feel. For the last touches, Regency installed premium fixtures from Kohler and Grohe. Overall, Regency exceeded the customers expectations by creating a bathroom that will be more convenient for them while also looking sleek and tasteful.